(Which one is better)

Honda recently filed a design patent for CBR150R in India. When it makes its entry in India will have to face tough competition from the highly popular Yamaha YZF R15 V4. Bike lovers are eagerly waiting for Honda CBR150R to enter the Indian Market and comparing it with the Yamaha YZF R15 V4. Whereas, Yamaha Motor India has launched the YZF-R15 V4.0 in the country bringing a number of upgrades to the full-faired motorcycle. India is the first market globally to get the Yamaha R15 V4.0 and comes with a more track-focused R15M version.

Let’s compare the Honda CBR150R with the India spec Yamaha YZF R15 V4 to know which one is better for buying.

Both the bikes look sharp and sporty bt in their own ways. Honda CBR150R looks like a mini sport motorcycle, featuring sharp fairing, upswept tail, rear set footpegs for the sporty riding position, and chiseled fuel tank. The motorcycle gets an LED lighting system and a reverse LCD instrument console and possesses a pointed nose with a split headlamp and eye-brow-like DRLs. The fairing gets a lot of air vents, joins the muscular fuel tank, and upswept tail.

On the other hand, the style of *Yamaha YZFR15 V4 is inspired by the new model of the Yamaha YZF-R7 and its elder sibling, the YZF-R1 and that is pretty evident from its front fascia. So, it gets a nice projector headlamp which is nestled within the central air intake and it is flanked by slim LED DRLs which look like those eyes of a predator. The sculpted fuel tank, the angular fairing, and the nice rake tail section get large scoops and all this sporty appearance collectively makes it a true delight for the eyes.

Both motorcycles use a digital instrument cluster, although the M variant further benefits from Bluetooth connectivity, quick-shifter, and a traction control system.

The R15 V4 is powered by a 155cc, liquid-cooled, single-cylinder engine that features variable valve actuation and churns out 18.1bhp of power and 14.2Nm of torque.
Whereas the engine of Honda CBR 150R is still the same 149.16cc DOHC single-cylinder liquid-cooled engine as before. It also churns out the same output: 17.1PS at 9000rpm and 14.4Nm at 7000rpm. The bike comes with a dual-channel ABS as an optional variant in markets abroad but the India-spec bike will get it as standard.

Yamaha YZF R15 V4. 0 gives mileage of about 45-48 kmpl. R15 activates at speeds over 20 kmph or when the bike is over 2000 rpm and accelerating. The model also gets a slipper and assist clutch and dual-channel ABS. Electric KTM Duke Bike; may be made in India 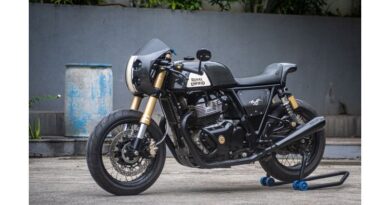 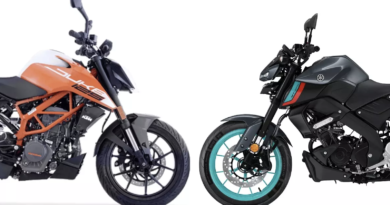